If not, then you may just be in the dark about generational marketing behavior.  THis should really help you and please remember to share tis with others.

Generational Behavior categories do have common characteristics.  Each demographic group has a specific character based on the influence of what was happening in society during each generations formative years.

These marketing and buying behavior categories are of course a generalization, but many of these groups do have common characteristics giving each demographic group a specific character.  How we were brought up during our “formative” years was formed by our parents, peers, teachers, what was happening in the news, our economic status as a group.  All this molded us into who we are today, how we think, and ultimately how and what we buy.

Baby Boomers are more than just the largest single demographic category on earth with the largest disposable income of any group ever  We all to some extent think the same way about life and what’s relevant to us.  These stages in our lives continue to influence us just by being near or over 60 years old, retired or thinking about retirement, nearing the end of our “gathering wealth” stage, our kids are raised, and we have more leisure time to spend with our spouses.  All of these factors can determine our buying habits.

While the term “generation” is usually considered 20 years, as with most social sciences there is some level of give and take.  These major categories are based mostly on what is happening in society; a war, a technology, or a major economic change.  Many categories actually do fall into the 20 year span, some may be longer and others can be 5 years shorter that the typical 20 year span.

Let’s examine each, starting with the earliest buying generation still with us today; The Silent Generation.

This was my father’s generation.  They are also known as “Traditionalists”, “The Moral Authority”, “Radio Babies”, “The Swing Generation”, and “The Forgotten Generation”.

Understandably, this generation was influenced by “The Great Depression”,  “The New Deal”, “The Rise of Corporations”, “WWII”, “Korean War”, and “The Space Age”.

Being raised by parents who had just survived the Great Depression, and had experienced hard times while growing up.  I remember as a kid, my father yelling at me “Turn off the light, we aren’t the Rockefellers”, and “We’re not made of money” and “”Eat all of your dinner… Kids are starving in China.”  As children, going without made them very frugal and cautious spenders.  They are always looking for the “bargain”, the “deal”, the coupon.

In their early adult years, they experience a World War (maybe two), The Korean Crisis, the Cold War, which were followed by times of great prosperity.  This lead to the first tract homes, the suburbs, commuting, new appliances, automobile boom, and a major change in the family structure from the extended family to the nuclear family.

The best way to work with this generation is to offer them conservative planned giving and financial management tools. Establish one on one meetings to seek their advice. No email fundraising here. The more personal the better. They will respond better to traditional solicitation strategies like personal letters and face to face meetings. 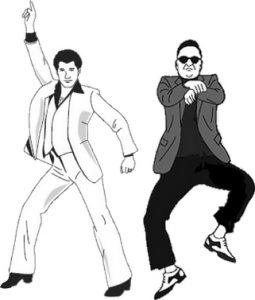 This generational demographic is known as: “Boomers” and “The Me Generation”.  Baby Boomers are people born during the end of World War II up until about 1965.  These times of prosperity gave rise to large families, higher income, greater opportunity, but also was the age of introspection.  Since they had to worry about providing for a family as much as the previous generation, they could turn their sights on fixing the world around us.

This generation was concerned about and made major advancements in civil rights, equality for women, the rights of the disabled, the environment, and technology.  While all this sounds good, they also were influenced by the the Sexual Revolution, Space Travel, the Vietnam War,  the Cold War and the Russia threat.

And, they also ushered in the highest divorce rate and 2nd marriages in history.  Post War Baby Boomers grew up to be radicals the 60‘s and 70’s eventually transformed into the Yuppies of the 80’s.  “The American Dream” was promised to them as children and they pursue it with a vengeance.  Billy Joel, a Baby Boomer icon best described that dream in his hit songs “Allentown” and “Anthony’s Song”.

As a result of these influences and drive for the American dream, Baby Boomers are viewed as being greedy, materialistic and ambitious.  Put them out front and in the spotlight. Get them involved, allow them to find self-fulfillment through work with your organization. Offer them more aggressive planned giving and financial management tools. Appeal to their idealism Could your agency be a place where they spend their “third age?”

Next comes the “X”.  This is the second largest living generational category, which is the result of the largest category; Baby Boomers, having kids of their own.  This generational category is also known as: “Gen X”, “Xers”, “The Doers”, “Post Boomers”, “Slackers”, “Baby Busters”, and “The 13th Generation” *  They are also less known as “The Lexus, Generation”, referring to a link (nexus), (not the car…) between the Industrial Age and the Information Age.

A generation greatly influenced by Watergate, the Energy Crisis, Dual Income families, single parents, and mom’s at work. In addition, Y2K, activism, corporate downsizing, the end of Cold War, and an increase in the divorce rate. This created the birth of the first generation of “latchkey” kids.

Their perceptions are shaped by growing up having to take care of themselves at an early age and watching politicians do what politicians do, while their parents were getting laid off.  They came of age when the United States began struggling to maintain its position as the most powerful and prosperous nation in the world.  Gen X were the first generation that did NOT do as well financially as their parents (Baby Boomers) had.

This generational demographic was the first to be influenced by digital media, a child focused world, school shootings, terrorist attacks / 9/11, and AIDS.

Children of this generation generally grew up as children of divorce parents and at the same time believed they would be the great generation to turn around all the “wrongs” in the world today.  Millennials grew up more sheltered than any other generation as parents strived to protect them from the evils of the world.  This generation’s formative years were shaped by a period of economic growth and kept busy as kids.  This was the first generation with schedules and play dates.

Use them for focus groups, ask their opinions. Put them in charge of using technologies. Utilize their networks, have them plan events that interest them. Act fast on what they are interest in or you will lose them. Link your cause to sustainability. “Mid Century Modern” is cool again.

This generation is also known as: “2K’s” (since they are born after the year 2000), “Y2Ks”, and “The Conflict Generation” have grown up with two Mid-East wars and several smaller ones.  They are also referred to as “Generation i”, “iGeners”, “iGens”, “The N-Gen” (N-Gen referring to the Net or Internet), “@generation”, “Screeners”, “The Swipe Generation” referring to the swiping action of a touch screen on an iPad / iPhone, and, the “Tweennials” (Tweens, see below & Millennials), as they are growing up as the ‘tweens’ of the teens of this century.

There is one more demographic that is sometime used to describe Generation Z.  This group was born after the Millennial Generation, but marketers cannot agree on the exact start and stop dates of this generational category.

This group is also referred to as the “Globals”, “Post-Millennials”, “Generation D”, where the “D” refers to refers “Digital”, “Digital Natives”, “Generation Like” (Facebook Likes), and the “Selfie Generation”.  These category labels emphasize this generation’s extreme connection to technology and access to an infinite amount of information, news, music, television, images and marketing from around the globe. With that they have experienced technology, terrorism, recessions, and multicultural acceptance without borders.

And, they are sometimes referred to as the “Rainbow Generation”, acknowledging their diversity; and even “Homelanders” or “The 9/11 Generation”, which is a tribute to the 9/11 terrorists attacks and war on terrorism, which greatly influenced their early lives.

We are now up to date with generational behavioral categories; however, there still are several other important demographic groups to be aware of.  this will help qualify you as a Generational Behavior Marketing Expert.

The term describes a demographic of preadolescent (usually female) who is at the “in-between” stage in their development.  At this age they are considered “too old for toys, too young for boys”, and have a relatively high disposal income as shown by the revenue successes of Farmville and iTunes.

Self explanatory and each with it’s own demographic characteristics.

This is where families provide care for their parents, children, and grandchildren.

Describes a household that includes two or more sets of children from the parents previous relationships.  Also referred to as a Blended Family.

Refers to an adult son or daughter, particularly one over the age of 30, who still lives at home with his or her parents.  These are also called boomerangers and Kipers.

The period in one’s life, generally between the ages of 40 and 50, when they experience a time of transition comparable to adolescence.  Also referred to as middlescence.  Great for the sale of red sports car to mean and red henna hair color to women along with other stereotypical sales.

This is an individual between the ages of late 20’s and early 40’s when they are considered too old to be a youth and to young to be middle-aged.  This group is known for fighting the stereotypes of middle age.  Prime candidates of knee replacement surgery.

A middle-aged person who continues to participate in and enjoy the youth culture.  Also referred to as a Kidult.

A person who acts younger than his or her age.

This group in their early to late 20‘s has feelings of confusion, anxiety, and self-doubt experienced by some people in their twenties, especially after completing their education.

this is the stage in a young college graduate’s life when activities such as marrying and finding a place to live are postponed until a job or career is found or enough money is saved.

A retired person who travels extensively, particular in a recreational vehicle.

If this wasn’t enough, here is a compiled list of generational behavior categories that go all the way back to the start of the 1700‘s.  Here’s that list!

Warning: You may find it difficult generating any revenue from the groups Awakening to the G.I. categories as most if not all have passed away.

These generational behavior categories are general in nature.  There is a great deal of strikingly accurate behavioral patterns that can be surmised by looking at the different groups for each of these different perspectives.  While Generational Behavior is not an not an exact science, it will help find your staring point when determining each of your specific demographic groups giving you a new level of information and insights into how to effectively to communicate with each.

Did you find this helpful?  What experience do you have with any of these groups? Have you experienced any other “traits” not mentioned here?  Please tell me your thoughts in the comment section below!

Lon Safko is an acclaimed international keynote speaker, trainer, and bestselling author of The Social Media Bible, and The Fusion Marketing Bible.

To read more of my LinkedIn articles, visit: http://linkd.in/1x6ws2k

Connect with me on LikedIn, Facebook, and Twitter and also be sure to visit me at www.LonSafko.com