If there is a God… We’re not his best work.

I only write content about business. My articles are always self-help educational content about innovation, creativity, social media, advanced marketing, and Fusion Marketing. I’ve never written an article about politics, religion, the “news” to be trendy, or any social issues. I am all business, all the time; however… There is one question that I would really like to hear your opinion on, below.

Over the past month on Facebook, I have watched a teenaged girl with a bucket, throw kittens into a river, I’ve seen a baby beaten by it’s mother or caretaker, I’ve seen many dogs cut, scarred, with their throats cut hanging from a tree, I’ve seen a father holding his 4 year old dead daughter after her head had been chopped off, and I’ve seen the head of an American reporter strategically placed in the middle of his dead body. Today, I just saw a video of a man in Syrian kicking a terrified donkey off a 200 foot cliff and watched that animal fall to it’s death below.

I always post three images in all of my articles and blogs. I will not post images with this story. 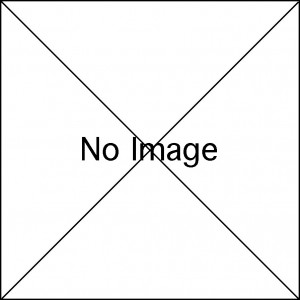 In my keynotes and training, I always mentioned that if you took away all of my social networks and I could only keep just one,it would be LinkedIn. Now I know why I have always felt this way. While LinkedIn has always provided me with professional and useful information, contacts, and updates, Facebook and it’s users have always provided me a steady stream of inane, nonsensical, and often offensive posts and comments. Today’s post has pushed me beyond the line of what’s useful and entertaining. And, it really surprises me that there doesn’t seem to be any other Facebook users out there coming to the same conclusions or drawing the same lines in the sand.

I completely understand that I can “unfriend” offensive posters, but I believe this issue goes much deeper than just unfriending a few friends. This type of content and interaction raises in my mind many questions about what’s motivating all of these people to spread such pain. I say pain because I’ve read the sadness and outrage in the comments from Facebook members who have posted below these images and videos.

The final offensive content for me was a video posted by Jon W. Hansen. In complete fairness and context to Jon, I have placed our Facebook comment conversation below. Jon Hansen’s justification of the donkey’s death video was to raise awareness. While I disagree with Jon and I expressed my dissatisfaction with the video, his answer was intelligent and well thought through considering the emotional nature of this interaction.

In addition, Jon mentioned Angelika Dimoka and how she wrote about the “breakers in our brains” switching off due to information overload. For me, the overload isn’t from the amount of content that we are all subjected to. Every one of us is overloaded with all of the many streams of information that keeps pouring every minute of every day from the Internet, news feeds, email, Facebook, LinkedIn, Twitter, Instagram, Pinterest, cell phones, etc.

Out of respect for those being exploited and a general sense of morality, I will not be monitoring my Facebook feed any longer. I will continue to remotely post to Facebook as it is at this time, still one of the most effective forms of social media conversation and Internet advertising, but will not be reading comments or messages. Please communicate with me here at LinkedIn, or through my web site below my signature.

OK… Here’s the article’s big question to you:

Do you think social media should be used to propagate this type of content?

Lon Safko Jon, what are you trying to get out of this by posting this? What is motivating you to make us all feel this bad?

Jon W. Hansen Lon, as indicated earlier, I was torn as to whether or not I would share it. Yet there is a saying that evil prospers when good men do nothing. The question is what? I certainly cannot change what has already happened. Nor am I sure that by posting this any meaningful action will take place in terms of accountability. However, maybe someone, somewhere who can do something will see it. After all, the one powerful aspect regarding social media is its reach. Maybe someone from the ASPCA or the equivalent of that organization can step in – I am sure that it would not be difficult to track down these individuals. In the end, when one is enraged by injustice you have to try to do something, as feeble as that effort might be.

Lon Safko Jon: In Syria? All this does is make us more angry and feel more helpless about what is happening there. This doesn’t allow me to help or change anything. All it did was make me feel terrible about this situation and us as a species. If I thought this would change a single thing in the Mid-East, I could support it. I am really getting tired of seeing these and people throwing kittens into a river, or abusing dogs. It’s the responsibility of the person who took the video to follow through. Without any information, I can’t do a thing. This just makes us all feel bad…

Jon W. Hansen It is interesting you say that Lon. In her study, Angelika Dimoka talked about information overload and its impact on us. It gets to the point that the breaker in our brain as she calls it, switches off, leaving us with a sense of hopelessness and an inability to take meaningful action. The funny thing is that I did not see this as being in Syria but instead as a reflection of the darker side of human nature. What is even more interesting is the sense of outraged powerlessness we feel. At that point is it better to remain in a state of muted acquiescence in which the images only serve to remind us of our inability to make a difference? I don’t have the answer. I have never posted an image or video like this before today. Yet for some reason this upset me – perhaps as a result of a compounding effect of either ignoring or deleting such images in the past. Maybe it was the I’m mad as hell and I am not going to take it anymore tipping point?

Lon Safko Jon: That’s one of the most intelligent responses to a highly emotional issue I have ever heard and I completely agree. Over the past month, I have watch kittens thrown into a river, a baby beaten by it’s mother, many dogs cut, scarred, and killed, this, and the head of the reporter placed in the middle of his back. The breaker has switched off. Until this, I have just moved on. This made me stop and reply. I suppose in one way, it did create a call to action in me, but at the same time, I can’t do anything to prevent this or seek justice on any of the disturbing videos I’ve seen. So, yes. I do feel helpless and ashamed of us as a species. If there is a God, we’re not his best work. Thank you for taking the high road on this emotionally charged post.