Can the kings and queens of YouTube become dethroned?  Sure!  It happens all the time!  Hot today…  Gone tomorrow!

When I did the original research for the first edition of my bestseller “The Social Media Bible”, back in 2007, I interviewed George Strompolos, Content Partnerships Manager for YouTube (1 of 50 interviews), he was astonished that a 14 year old kid from Nebraska could earn as he put it “7-figures” from PPC ads by sounding like a chipmunk. END_OF_DOCUMENT_TOKEN_TO_BE_REPLACED

Ok..  I am sure that you heard that…  Paul McCartney died!  Right?

Back in November of 1966, “Paul McCartney is Dead” became an urban legend and conspiracy theory alleging that Paul McCartney, of the Beatles, died in a car crash and was secretly replaced by a look-alike.  All the clues were right there on their album covers and in their song “I Am The Walrus”.  Every Baby Boomer alive remembers that hoax. END_OF_DOCUMENT_TOKEN_TO_BE_REPLACED

Baby Yoda…  What can I say?

I think again, we are discussing the symptoms of the human condition.  Back when the Cabbage Patch doll craze arrived in 1983, we all believed that materialism had reached a new high, but people were just becoming fatigued by continuous waves of new electronics. END_OF_DOCUMENT_TOKEN_TO_BE_REPLACED

Because of the overwhelming response I received on the original Branding Innovation article about not providing “best-in-class” examples, here’s how existing major corporations communicate their brand messages in an innovative fashion.  These are several of the most acclaimed examples from this year.

END_OF_DOCUMENT_TOKEN_TO_BE_REPLACED

Facebook Shores Up Its Position on Fake News Front

Facebook on Thursday announced new tactics to reduce the spread of fake news. Its efforts will include combining technology with human reviewers to identify and remove fake accounts; partnering with fact-checkers; and promoting news literacy.

Facebook will expand its fact-checking programs to new countries, scrutinize photos and videos more closely, and increase the impact of fact-checking through new techniques that could include identifying duplicates and using Claim Review.

It will monitor repeat offenders more closely and take actions as necessary. It will undertake new efforts to improve measurement techniques, and partner with academies to provide greater transparency. END_OF_DOCUMENT_TOKEN_TO_BE_REPLACED 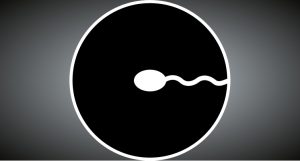 To that end, I wanted to share this idea, concept, or new life form with you in the hopes that you will become infected by it and help it spread, reproduce, and flourish. END_OF_DOCUMENT_TOKEN_TO_BE_REPLACED

Are Gift Cards A Scam? 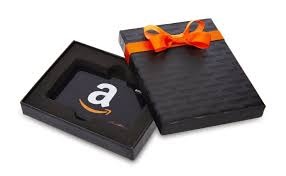 Do you like sending gift cards?  Do you like to receive them?  More so, do you like spending them?  I love amazing (and Amazon) gift cards!  So, does everyone else!

Last year, Americans spent $146 billion on gift cards, which represented nearly 5% of ALL retail spending in the U.S.  There was an estimated $26 billion spent on gift cards just during the last year holiday season alone. American shoppers spent an average of $153.08 on gift cards.

In a recent survey, 93% of Americans surveyed said they have given a gift card.  Why, because it’s easy for the giver and the getter can get whatever they want.  No more ugly knitted sweaters from grandma, Disney branded Snuggies, Christmas ties, or something with the name George Foreman on it.  What I am saying is, “no more returns”.  We no longer have to celebrate “National Returns Day:” or as the Brits call it, “Boxing Day”.  We get exactly what we want and someone delivers it to our door. END_OF_DOCUMENT_TOKEN_TO_BE_REPLACED

This is where you can get your free historical Interview eBook,

“The Sparks That Ignited The World”!

My way of saying thank you for 10 years of support!

Can you believe that social media has been around for more than 10 years now?

Help me celebrate social media’s 10th+ anniversary by downloading your copy of insights from the people who changed the world!

END_OF_DOCUMENT_TOKEN_TO_BE_REPLACED 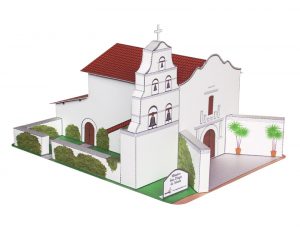 The Process of Innovative Thinking

Innovative Thinking is very popular right now—and for good reason. Corporate America is beginning to realize the importance of Innovative Thinking and how it allows us to be leaders in world technology by being more creative and competitive. Innovative thinking is what enabled companies such as Honda, Toyota, and Nissan to take huge market share from industry leaders such as General Motors and Ford, who somehow lost their capability to innovate (while most U.S. automobiles were made by hand, the Japanese employed robots). While U.S. autos were getting 16 miles per gallon (MPG), the Japanese autos were getting as high as 30 MPG. Their cars were efficient, inexpensive, and reliable. Even today the Japanese continue to surprise us with innovation: check out the Lexus LS 460, which parallel parks itself.

If not, then you may just be in the dark about generational marketing behavior.  THis should really help you and please remember to share tis with others. END_OF_DOCUMENT_TOKEN_TO_BE_REPLACED