Last evening my cell phone rang during dinner, which is unusual as I mostly use it for business and business hours on both coasts were closed for the day.  Immediately after my salutation I realized that I was captured by a telemarketer.  How did they get my cell phone telephone number so they could solicit to me during dinner?

I thought about it during her long winded and well rehearsed “shpeel”* and remembered that I had been out of the office for most of the day and placed my office phone on forward to my cell phone.  For a moment I felt relieved because I really didn’t want to start getting telemarketers continuously trying to sell me their stuff on my cell phone. 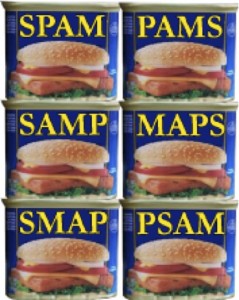 At about half way through her pitch, I broke into my speech that makes my wife’s eyes roll and causes her to remind me that I will definitely do time in hell for.  I ask the telemarketer “What exactly do you tell your spouse and children that you do for a living?  Do you tell them you telemarketer?  That you deliberately call 100’s of random people a day to annoy and upset their dinner, asking them to buy something so some company can make a financial gain for them and yourself?  Or, do you have something made up that makes you feel better about what you do and who you are and keeps them from crying.  I doubt you tell them the truth that you solicit for money.”

As if that wasn’t enough, I usually continue by asking them “How do you feel about yourself at the end of each day?” and “Wouldn’t you feel better about yourself if you found different career, any career?”  I really do know that these are issues I should be working out with a psychiatrist, but I justify it as my way of getting some form of retribution for the incessant inconvenience.

If we could stop this type of telemarketing would we?  Of course we would…  And we try.  We have the Federal Trade Commission, FTC’s “No Call List”, or The National Do Not Call Registry (https://www.donotcall.gov/).  At least for landline telephones, or does it work for cell phones also?  Actually it does.  Go ahead, register your cell phone.  I’ll wait here.

A Yankelovich Research report quoted by the NY Times (http://nyti.ms/SLMZZP), stated the number of marketing messages the average person is exposed to in any given day is in the range of 3,000 to 20,000 advertisements.  What if we could stop all of this.  Stop all telemarketers everywhere?  What if we could stop all unsolicited advertising?  What a perfect world it would be.

Wait a minute…  Did I call it “unsolicited advertising”?  That’s exactly what the FTC called Spam email messages in their CAN SPAM ACT of 2003 or Controlling the Assault of Non-Solicited Pornography And Marketing Act of 2003”.  In this Federal act, anyone sending a “Unsolicited Commercial Message” via email, if prosecuted can be fined up to $2m for each email.  That isn’t per email blast, but for each individual email sent.  This is why after January 1, 2004 we saw such a dramatic drop in Spam email messages.

Note: The reason we didn’t see email Spam go away was because on January 1, 2004, all of the major Spammers, just moved their servers “off-shore” beyond the reach of the FTC.

All this got me thinking.  How do we define and control commercial messages in all of our other, traditional medias?

The telephone fax is protected against unsolicited commercial faxes through The Federal “Junk Fax Law” or The Telephone Consumer Protection Act of 1991 (http://bit.ly/lY2quR).  This is yet another one of the FTC’s toughest laws.  I personally met someone who was sued and lost $50,000 in damages even though he never actually sent the fax in question.  It was his securities company sent out a fax blast announcing the sale of his company’s stock.

Snail Mail “Junk Mail” was the original unsolicited commercial message that we all get every day.  Thank goodness for recycling otherwise a each year we would send an entire forest to the landfill.  How can we control this form of Spam?  Can we fine theses marketers also?  Did we “op-in” for junk mail?  Can we “opt-out”?

To stop mail from common mailing lists, the USPS suggests that you “try” contacting The Consumer Credit Reporting Industry’s Opt-In/Opt-Out line, which allows you to opt-out for five years, opt-out for life, or opt-in if you change your mind (https://www.optoutprescreen.com/) or you call 1-888-5-OPTOUT (1-888-567-8688).

No fines, possibly some relief, and maybe for “life”!

Then there’s the commercial traditional media; television, radio, newspapers, and magazines.  Why don’t we fine them?  Why isn’t there any control whatsoever in these medias?  Wow, what if we could actually fine marketers who interrupt our television shows, music, and print stories?  Did you realize that you only get 22 minutes of your show for every half hour of programming on commercial television?  That 16 minutes of advertising for every hour of television you watch.  Again, this is controlled by the FTC and the FCC.

If you are a baby-boomer, then you remember the cable TV company’s shpeel that if you paid for their television each month, you would get commercial free television shows forever!  It’s “like paying up front so you don’t have to pay with continuos commercial interruptions”.  How did that work out for us?  Still no fines and no control.

Radio also has the same FTC / FCC guidelines as they have for television, limiting the number of and overall airtime per hour airing their Spam messages.

Newspapers chooses their own limits on Spam or advertisements.  And, magazines like newspapers self control their amount of Spam.  Has anyone noticed that this self imposed limit is getting significantly worse?  Both newspapers and magazines seem to be out-of-control as the amount of column inches used for Spam often exceeds the actual column inches of content!

Can we ever control these medias forms of Spam?  Should we?  Why do we completely tolerate Spam in our television, radio, newspapers, and magazines, but heavily fine people for the exact same advertisement in email of over a fax?  Is there a distinction between an “unsolicited commercial message” and an “anticipated commercial message”?  Is television, radio, and print “anticipated” not “unsolicited”?  It certainly is not “solicited”.

This all leads us to social media marketing.  How do we treat Spam in our social spaces.  The short answer is “with very little tolerance!”  If you try to “sell” on Facebook, LinkedIn, or Twitter, you get “flamed”.  You will offend people and they will let you know.  While there are no fines or penalties on these networks, people will “unlink”, “unfollow”, “unfriend”, “unsubscribe”, and “opt-out” of your relationship communication.

Why don’t we impose such huge fines on “unsolicited commercial messages” in all of our media?  Why aren’t we consistent with controlling Spam everywhere?  Why does some media get preferential treatment while others get slammed with fines?  What if the same rules applied to television, radio, magazines, and newspapers that applies to email marketing, wouldn’t that usher in the end of all marketing and advertising as we know it?

So, where is the appropriate line in marketing?  When IS it appropriate to pass on our unsolicited marketing messages?  Where should that line be and should it be completely different for every technology and every media?  Somehow, it just doesn’t seem fair or equitable.  What are your thoughts?

“Oft-repeated thoughtless dialogue which is not necessarily true.”